‘2CMap’ (to see map) is the name of our small working team, which is homophonic with both “to see map” in English, and “unique map (

” is Chinese name of our team. Frankly speaking, it’s my idea.

This workgroup was an efficient, capable and innovative small team made up of three like-minded young man: Bin Luo, Haitao Wang, Jiafu Han. We all are employees at Department of Cartography & Geo-pattern Analysis, IGSNRR, Chinese Academy of Sciences.

As a work group at an academic institute, we focused on providing general framework and technique routine of solving problems in each project, thus provided a prototype system with major functional and visual modules together with our fresh ideas.

Most of our works were based on open-source software including Linux, web-based GIS tools such as Mapserver and OpenLayer, while PostgreSQL, MongoDB and mySQL are used for database storage.

See “Project” category in my site for the finished projects we assumed. (also available at www.2cmap.com.) 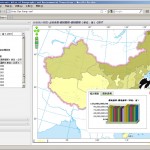 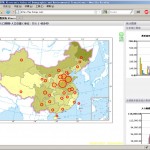 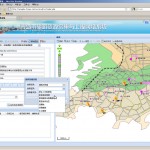 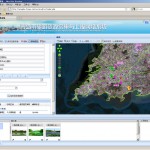 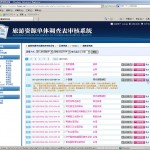 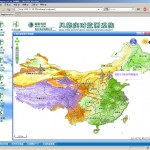 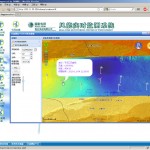 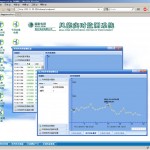 Besides our normal work assignment or projects, we’ve spent our after-work time engaging in some interesting personal projects or tentative application on new techniques. What we’ve done / are doing in our “spare time” includes

and so on. We now have an offical website for self-introduction and releasing project achievements, a team blog for documenting our schedule or ideas, a intranet bbs for discussion, and a “Thematic Data Input System” for category and managment of thematic geographic data, and so on.

“A work group that is aiming at establishing a large digital library on thematic map to provide data services for education and scientific research.” 2CMAP! is a web project initiated in December 2009, and includes three like-minded young man: Luo Bin, Haitao Wang and Han Jiafu, who are both staffs at LERIS. We hope to develop a large and specialized online database on thematic map covering major disciplines through our efforts on digitizing, classifying and indexing altas stored in libraries of IGSNRR, CAS, thus to provide direct reference services to college students, teachers and academic institutes through our Web Portal. Currently we formed a team named “tu-xi”, which means “unique map” in Chinese, and is also a transliteration of “2CMAP!”. According to a detail working plan which has been fully discussed, an image management system is being developed based in PHP and tested on Linux integrated with Apache and MySQL. The TileCache technology is tentatively used for fast preview of large scaned maps. Besides, we have sought supports on hardware and bandwidth from Dep. of Cartography and LREIS respectively now. (Dec, 2009)

"This is an energetic and motivated young man with background in geospatial technology and environmental analysis, who likes sharing interesting ideas with his friends about geography, photography, and web development."